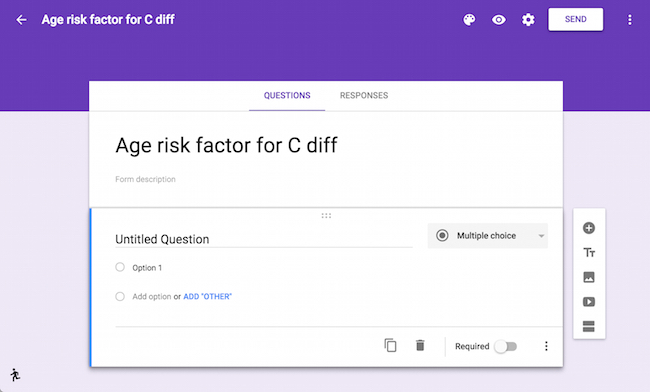 How to make a form using the new Google Forms

I always thought that Google Forms was one of the great, hidden features of the Google Drive/Google Docs suite. Not only did it let users quickly create an online survey form that could be sent to people or inserted into a webpage, the responses were automatically fed back into Google Sheets for sorting and other actions. I wasn’t the only one who was impressed; soon enough I began to see all kinds of other uses of Google Forms, from small businesses setting up appointments to online surveys for startups researching market trends.

Now there is a new Google Forms interface. It is superior to the old interface, looks better, and allows for quicker form creation and data review. As before, Google Forms is free, and in that sense provides a great alternative to Survey Monkey, which locks up some features behind a paywall. While Microsoft’s free online spreadsheet program Excel Online offers a new form creation tool, the interface is positively primitive compared to Google Forms.

In the short video below I won’t get into all of the details of the new Google Forms interface, but it shows how to set up a basic form. I have also created another video that shows how to change the design of Google Forms.

Google Docs notifications when a file is opened?